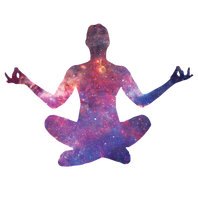 ​
Yoga Meditations
Yoga means “union”.
There is not one type of meditation which is “Yogic Meditation”, so here it is meant the several meditation types taught in the yoga tradition.
Tradition of yoga goes back as far as 1700 B.C, and has as its highest goal spiritual purification and Self-Knowledge.

The Yoga tradition is the oldest meditation tradition on earth, and also the one with the widest variety of practices.

How to do Yoga Meditation

Here are most common types of meditation practiced in Yoga.
The first yoga meditation third eye meditation, other popular ones involve concentrating on a chakra, repeating a mantra, visualization of light, or gazing meditations.

How To Do Third Eye Meditation

Continuous focusing the attention on the “spot between the eyebrows” (called by some “the third eye” or “ajna chakra”). Mind will try to distract , will wander here and there. When ever mind wander ,the attention is constantly redirected to third eye point, as a means to silence the mind. By time the “silent gaps” between thoughts get wider and deeper. Sometimes this is accompanied by physically “looking”, with eyes closed, towards that spot.

In Chakra Meditation the practitioner focuses on one of the seven chakras of the body (“centers of energy”), typically doing some visualizations and chanting a specific mantra for each chakra like (lam, vam, ram, yam, ham, om). Most commonly it is done on the heart chackra, third eye, and crown chackra.

Trataka means to gaze steadily. In Tratak meditation one continusouly gaze at certain object or tip of burning candle or image or a symbol (yantras),  so that our mind is focused and steady. This Tratak Meditation has been followed by most religious systems including Christianity and Sufism.  Trataka Meditation is very much used as Yoga Meditation as a yoga cleansing technique.
It is done with eyes open, and then with eyes closed, to train both the concentration and visualization powers of the mind. After closing the eyes, you should still keep the image of the object in your “mind’s eye”.

Kundalini is a Sanskrit word that literally means "snake." Kundalini is also called "serpent power" because this sleeping spiritual force in every human being lies coiled at the base of the spine.

Kundalini this is a very complex system of practice. The goal is the awakening of the “kundalini energy” which lies dormant on the base of the spine, the development of several energy centers in the body, and, finally get enlightenment. There are several dangers associated with this practice, and it should not be attempted without the guidance of a qualified Teacher.

Kriya Yoga Meditation is a set of special exercises,  breathing techniques , and meditation exercises taught by Paramahamsa Yogananda.
Kriya Yoga is spiritual path that was brought to the West by Paramhansa Yogananda, author of Autobiography of a Yogi. Kriya also refers to the specific technique that is part of the spiritual path taught by Yogananda. The path of Kriya Yoga involves several steps. This is for  those who have a devotional temperament, and are seeking the spiritual aspects of meditation.

Sound Meditation is all about focusing on sound. Starts with meditation on “external sounds”, such as sound of flute, or sound of Om.  During sound meditation the student focuses all his attention on just listening , as a help to quieten the mind  and focus  the mind. This Meditation start with listening outside sound to listening  the “internal sounds” of the body and mind. The ultimate goal of the sound meditation is to listen “Ultimate Sound” (para nada), which is a sound without vibration, and that manifests as “OM”. Om also is Sound of universe.

To get a fast glimpse of the meditation try this
Plug the ears with the thumbs and concentrate on the internal body sounds. At first the sounds will be faint and will progressively become louder. By listening to this sound mind becomes internally focused. It is Very beneficial meditative practice for calming the mind.

Tantra Meditation unlike the popular view in the West, most Tantra practices have nothing to do with ritualized sex . Tantra  Meditation was practiced by a minority of lineages. Tantra is a very rich tradition, with great meditation technique. The Tantra book called  Vijnanabhairava Tantra, for instance, lists 108 “meditations”, most of them are very advanced. They required a certain degree of stillness and mind control.

Here are some brief examples of meditation techniques from the book of Vijnanabhairava Tantra.
Merge the mind and the senses in the interior space in the spiritual heart.
When one object is perceived, all other objects become empty. Concentrate on that emptiness.
Concentrate on the space which occurs between two thoughts.
Fix attention on the inside of the skull. Close eyes.
Meditate on the occasion of any great delight.
Meditate on the feeling of pain.
Dwell on the reality which exists between pain and pleasure.
Meditate on the void in one’s body extending in all directions simultaneously.
Concentrate on a bottomless well or as standing in a very high place.
Listen to the Anahata [heart chakra] sound.
Listen to the sound of a musical instrument as it dies away.
Contemplate on the universe or one’s own body as being filled with bliss.
Concentrate intensely on the idea that the universe is completely void.
Contemplate that the same consciousness exists in all bodies.

Pranayama Meditation is all about  breathing regulation. It is not exactly meditation, but an excellent practice to calm the mind and prepare it for meditation. There are several different types of Pranayama, but the simplest and most commonly taught one is the 4-4-4-4. This means breathing in counting up to 4, holding for 4 seconds, breathing out for 4 seconds, and holding empty for 4 seconds. Breathe through your nose, and let the abdomen (and not the chest) be the one that moves. Go through a few cycles like this. This regulation of breathing balances the moods and pacifies the body, and can be done anywhere.

Raja yoga meditation fills the yogi with super-sensuous joy or bliss which is the highest and the most ennobling experience. The bliss elevates the mind and raises the yogi vibration with pure love, joy and ecstasy.
A Raja yogi establishes a relationship with God . He withdraws from all his senses from the superfluous and  worldly activities. He spends minimum time and resources on his personal comforts and devotes maximum energy for noble cause i.e. spiritual awakening of his felloe-beings.

Which Yoga Meditation Is For Me ?

Yoga is a very rich tradition, with different lineages, so there are many other techniques. But the ones above are the most well-known; the others are more specific or complex.

With all these types of meditation in Yoga, you are likely to find one that you like. If you are a musician, perhaps nada yoga is something that will attract you. If you are a devotional person, kriya yoga is a good option. Kundalini and Chakra meditation should only be attempted with a teacher.

Probably the simplest one to try is the “third eye meditation”, which is simple and yields results fairly quickly. For the other types you would probably need more instruction, either of a teacher or a good book (see references below). Besides, Pranayama is definitely something anyone can benefit from.